We have a saying here in Finland: "Joy to the surface even when your heart hurts". A bit hard to translate from Finnish, but that's the gist of it.

It is originally a saying from Karelians - refugees of WW II when Soviet Union occupied the Finnish Karelia. The Karelians were - and are - considered humorous, happy people. And my own father and his family had to escape the occupation from Viborg. I can well believe they used this saying - as I am part Karelian myself. (My grandmother was from Western Finland originally, but my grandfather was from Karelia)

The Karelians moved to different parts of Finland and kept their culture and humour alive. I think I have inherited the humour-part as I've often been told. And I am happy I have - life is so much easier when you find humour in it.

picture of the day

If you prefer to write a short happy note each day, I have created planners for this effect. You can write your daily happiness in the squares of the weekly spread - and plan future happiness using the monthly pages. There are even happy (repositionable) stickers included in the planner. 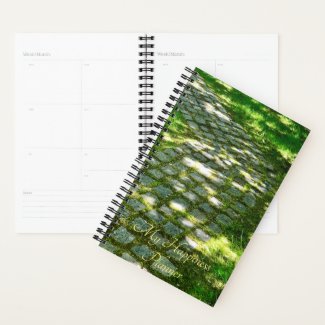 You are welcome to read these posts here on my website. If, however, you'd like to receive them into your email daily, click the link below.